As a Designer, Is Failure a Necessary Part of Success?

As a Designer, Is Failure a Necessary Part of Success?

We all go through it at one time or another. You’re working on a project and no matter how hard you try, you just can’t seem to get it to “work.” The colors are wrong, the type is inappropriate, the composition is hideous – it’s just a mess, and you eventually write it off as a failure. Sometimes you have the luxury of hiding the whole thing in a folder in the very back of your hard drive, where no human eyes will ever come upon it.

But what happens when you have a project that’s due in to your client at 8AM, and it’s currently 3AM and you’ve got absolutely nothing decent to present? Do you curl up into a ball and declare yourself a failed designer for all time? Or is there another way to approach this inevitable feeling which will leave you, if not satisfied, at least able to continue on with your life and your career with confidence? Let’s explore, shall we?

You’ve probably heard it said that failure is a necessary part of success. That’s fine to say and all, but in my scenario above, when it’s 3 in the morning and you’re sobbing uncontrollably, chances are you’re not going to simply repeat that adage to yourself and snap out of it.

The key to really believing that failure is a necessary part of your process is conditioning yourself beforehand, so that it doesn’t come as a complete shock to you when you’re actually in the trenches. Keeping your mind sharp with creative exercises every day, that are unrelated to your work, will gradually introduce you to the idea of failure, because trust me – you’re going to fail at many of those exercises. 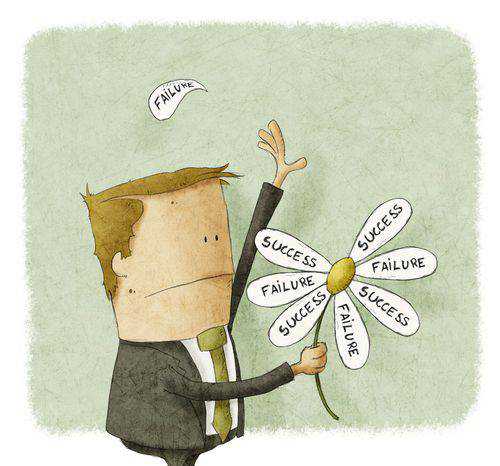 Force yourself to keep to a schedule for your personal projects just like you schedule your paid work. There’s no worse feeling than failing to complete a project when you have yourself as the client. It’s much worse, in my experience, than bombing on a paid assignment. At least you’re not expected to hold yourself accountable. But once you experience this unique form of torture often enough, you’ll find that it will actually help you start working faster and more efficiently.

You’ll become used to the idea that you’ll have to give it a few extra tries before you get it right, and by the time your next freelance assignment comes along, you’ll be ready to fail with gusto. Well. Maybe not gusto. But at least with some kind of dignity.

Through the Valley of Insight

In the book Switch by Chip and Dan Heath, there’s an exercise from Tim Brown, the CEO of design consultancy firm IDEO which I think is especially useful to designers “learning” how to fail. In the book, Brown is said to provide his employees with what he calls a “project mood chart,” which informs people how they will feel at various stages during any given project.

The chart itself is shaped like a V – at the left point of the V, there’s a label that reads “hope.” This signifies the rush of excitement you feel when you first start on a project. You’re relaxed and focused, everything is going swimmingly and you’re absolutely sure you’ll get everything in to the client on time.

The label on the other end of the V reads “confidence.” This represents the way you feel after you’ve finished a project successfully. You’re high on positive energy; you’ve kicked ass and your client wants to marry you. Sweet. This is how every designer wants to feel after it’s all over – proud and accomplished. The trick is getting there.

The third label in the V-shaped diagram reads “insight.” This is the point between “A” and “B,” and it’s where all the failure and depression and late-night drinking binges lie. Everyone has to cross this valley and gain the insight they need to get to the confidence of a successful job well done.

It’s like crossing a desert – many never make it. You can almost imagine dry skeletons of your fallen design comrades as they gave up and got stuck in the valley forever. Some gave up on creative work altogether and became secretaries or accountants. You don’t want to be one of those people. You chose a creative field for a reason, and the sooner you develop the mental toughness to cross the unpleasant valley, the more prepared you’ll be for when you have to do it all over again next time.

Isn’t being a designer fun? 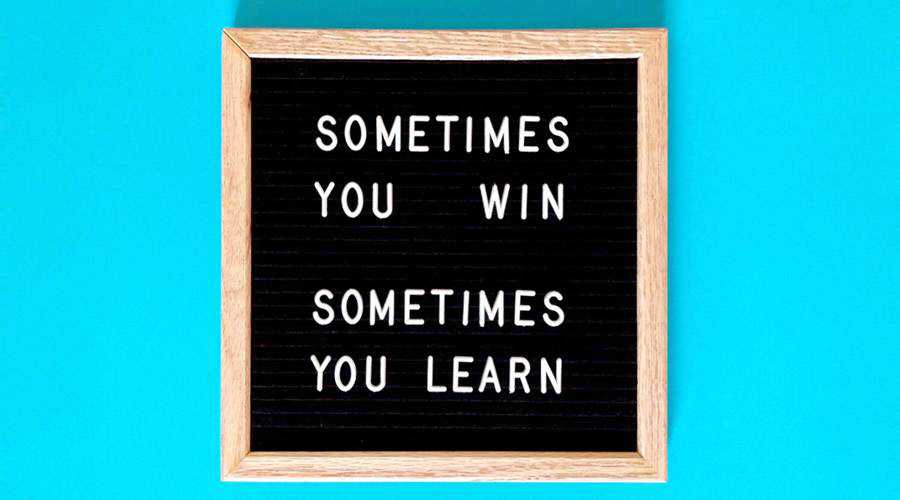 Here’s something about failure that you might find interesting. Most of what we normally refer to as “failure” isn’t actually failure at all. If you’re stuck in the middle of a project that’s going nowhere fast, you can feel like there’s nowhere to go but down and write the whole thing off as a lost cause.

But if you learn to develop persistence, you’ll eventually realize that, despite things not going so smoothly at first, your momentum will eventually start to pick up and you’ll inexplicably find the energy to begin scaling the side of the mountain to victory. Your confidence will grow the more ground you cover, and eventually, it will overcome your sense of doom and the “failure” will show its true nature as a mere pothole in the road.

Everyone goes through periods where they feel like nothing is working right. And, no matter how much experience you gain as a designer, crossing that valley from hope to confidence is going to be unpleasant. Even with my years of experience as a writer and designer, there are still times when I need to go back and read or look at something encouraging – a quote, a sketch of my eventual project, or even an article like this one, to give myself a boost to keep on going.

Giving yourself encouragement when you need it is essential to learning how to fail “properly.”

The post As a Designer, Is Failure a Necessary Part of Success? appeared first on Speckyboy Design Magazine.